CARMMHA scientist Carl Cloyed, of the Dauphin Island Sea Laboratory, tells us about his time in Sarasota Bay, FL with the rest of the CARMMHA team:

During the second week of June, CARMMHA conducted a health assessment of long-term resident Sarasota Bay dolphins. It was exciting to work with these dolphins as CARMMHA co-Principal Investigator (co-PI) Randall Wells (Director of the Chicago Zoological Society’s Sarasota Dolphin Research Program [SDRP]) has been studying this population for 48 years! Additionally, Sarasota Bay did not receive any direct oiling from the Deepwater Horizon Oil Spill (DWHOS), making the Sarasota Bay dolphins a good reference population for our research. CARMMHA veterinarians and scientists will compare dolphins from populations that were affected by the oil spill to these reference dolphins, helping the vets and scientists determine how the DWHOS affected cardiac health, immune function, and diet.

The CARMMHA team had a very successful week, capturing 29 dolphins. Nine of those dolphins escaped or were released from the nets before we performed veterinary assessments on them. Of the 20 dolphins we captured, assessed, sampled, and released (10 female and 10 male), six had never been handled before and were calves accompanying well-known mothers. Our CARMMHA veterinary team, led by Co-PIs Cynthia Smith and Forrest Gomez from the National Marine Mammal Foundation, obtained blood samples from all 20 dolphins, and CARMMHA researchers will use those blood samples to test immunological function using new techniques recently developed by our team members at the University of Connecticut.

CARMMHA veterinarians also collected skin biopsies from 16 dolphins. With my colleague (and CARMMHA co-PI) Ruth Carmichael, our group at the Dauphin Island Sea Laboratory will use these skin samples to determine what Sarasota Bay dolphins have been eating. The SDRP has collected samples for a long-term seasonal fish survey study, and they will provide us with additional prey samples to aid in the interpretation of the data from the dolphin skin samples. To assess cardiac health, veterinarians Sharon Huston and Adonia Hsu, of San Diego Veterinary Cardiology, were able to listen to the heart rhythms of the dolphins and performed echocardiograms to record heart function and health on 18 dolphins. These echocardiograms provide detailed information that will be instrumental to diagnosing potential heart conditions caused by the DWHOS.

We performed health assessments on dolphins ranging from 2-48 years-old, and all were year-round residents known to the SDRP from years past. One 47 year-old female dolphin was originally tagged in 1975 by Randall Wells’ team, and she had a 6-year-old calf with her. The 48 year-old female, the most frequently observed dolphin in Sarasota Bay during year-round population monitoring surveys, was also first tagged in 1975. She had a 2 year-old calf and a 14 year-old son with her, and she is suspected to be pregnant with her 10th calf! The largest individual we examined was a 644 lbs adult male and the smallest was a 132 lbs female calf. All the dolphins on which we performed health assessments were released without incident back into the waters of Sarasota Bay. 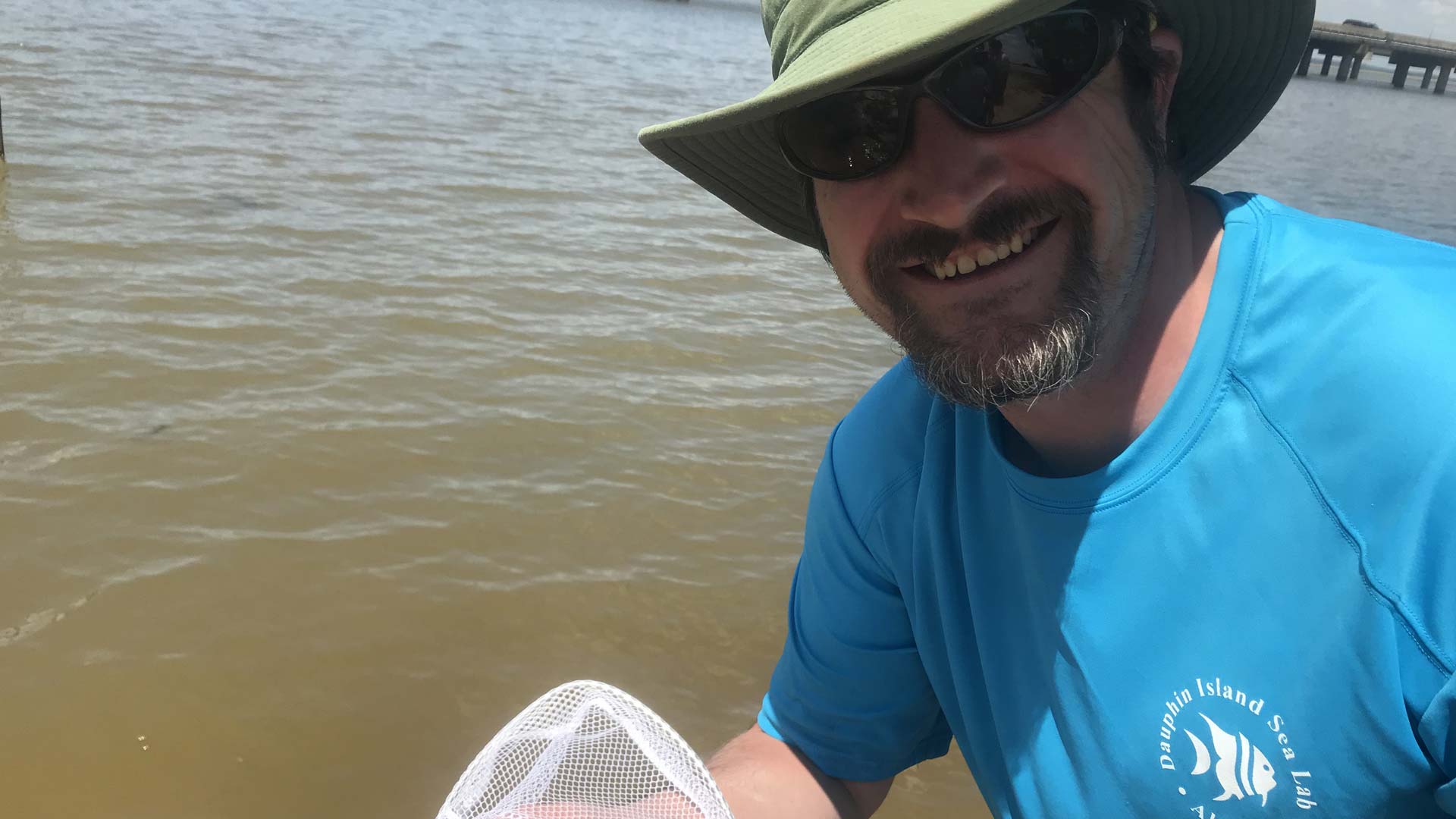 Thank you, Carl, and to everyone that participated in the successful Sarasota Bay health assessment fieldwork! We are excited to analyze the data and integrate the findings into our CARMMHA research, and we’re looking forward to getting back out into the field in Louisiana and Alabama later this summer! Stay tuned for more blogs from the field on this CARMMHA website.

Project Updates: What have we been working on so far?